- October 28, 2015
22 Moves (revised)
1 Spider
1 Chick
55 Strawberries
65 Water drops
Several things are going on here, firstly, you'll notice that your eggs to make the chick are totally cut off from the rest of the board, and that there are iced water drops in that box also, which means you'll need to match next to the water barrels as much as possible to try and get water to jump up, match and take out those iced ones.

You'll want that top egg to fall straight down to make your chick.
The rest of the board won't be so hard, as it's the usual spider webs to deal with. The spider has two extra webs to jump into, so just keep at him until you wear him down.
There are the grumpies to deal with also, but even grumpy matches fill up water barrels and break webs. And when they fall to the grassy bottom of the board, they'll turn happy again.

Watch for the Red Frog as he eats your needed strawberries. 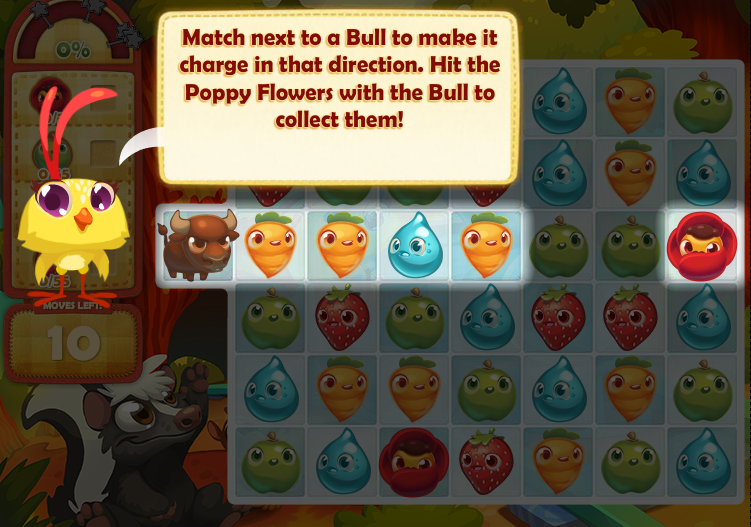 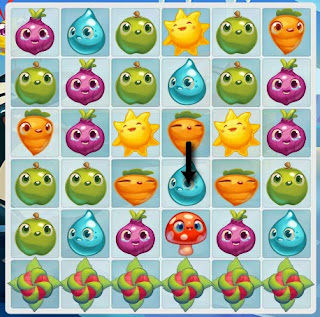